A Dapper Dog – The Cairn Terrier

I am a terrier… more specifically, a Cairn Terrier – but as the first terrier on this blog, I take the responsibility of introducing the entire terrier-kind to you.

While I don’t ascribe any ill-intent to the statement “I could no more define poetry than a terrier can define a rat,” made by Alfred Edward Housman the famous English classical scholar and Poet, I must admit that he didn’t know as much about terriers as he knew about poetry. We know our rats and we know them well. We know all kinds of vermin – and the fact of the matter is that we were put on earth with the sole purpose of assisting the well-being of humans by hunting vermin and most importantly the rats.

I have a feeling that a lot more terriers would be joining us on this blog, so I’d much prefer to keep this post focused on the Cairn Terrier. Let me talk to the artist about it.

Me the Terrier: “Hey, Shafali! Take this over and write about the Cairn Terrier, while I take care of the mouse that’s been living in your studio for the last three years.”
Shafali the artist: Yes Sire! It’ll be done, but leave that mouse alone. He’s a family member.

Family member? A mouse? Something’s wrong with this woman. Oh, yeah! I get it! She’s an artist. That’s what’s wrong with her!

Portrait of the Cairn Terrier

The Cairn Terrier got its name from the rocks of Scottish Highlands. They used to be working dogs who dug out badgers, foxes, and other small predators.

The Cairns guard their territories zealously and are always on the look-out for intruders. They are very active, and they’d rather run than walk. They don’t like to be in confined spaces. Cairns are great household pets who are willing to adapt when they are showered with love and affection. Their harsh shaggy coat enables them to fight off the vagaries of weather.

Their extreme intelligence and their highly independent nature makes them somewhat difficult to train but if the trainer understands their temperament and devises tasks that can match their intelligence, they transform into willing learners. They love challenges; they are possessive about their toys, they love to dig (that’s why they are called terriers,) and so houses that have fences around them to give the them a free run of the space, are the best for the Cairns. Though they are small when compared to a Golden Retriever or a Boxer, they still like open spaces that allow them to run around..

Terry the Famous Cairn Terrier from The Wizard of Oz

Terry was a brindled Cairn Terrier who played the role of Toto in the famous movie The Wizard of Oz in 1939. She did her own stunts in the movie. At one time she nearly died when a guard stepped over her due to which her foot was broken. After that she recuperated in the house of Judy Garland and she developed close attachment to her. Judy had wanted to adopt Terry but the dog refused.

Terry  acted in 15 different movies. Her first movie was Ready for Love in 1934. She also acted in the movie Bright Eyes.Her salary was $125 per week which was more than what many human actors of that time made. She died at the age of 11 and a permanent memorial was dedicated to her Hollywood Forever Cemetery in Los Angles.

← The Kooky Kitten – A Short-haired Tabby
The Beagle – An Incorrigible Sniffaholic! → 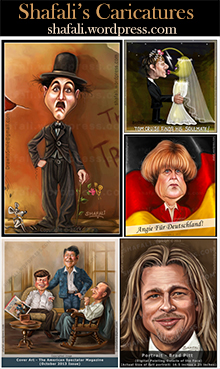