The Bengal Tiger – Beautiful and Mighty

“For millions of years, on average, one species became extinct every century…. We are now heaving more than a thousand different species of animals and plants off the planet every year.” – Douglas Adams  Author of “Last Chance to See.” 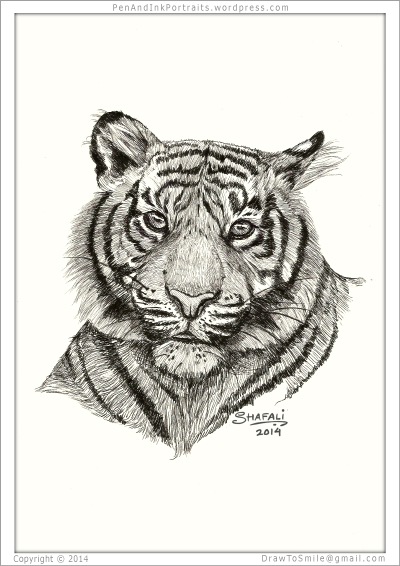 Bengal Tiger is the name the given to a species of tiger which is characterized by black/brown stripes over yellow or light orange coat. The species is categorized as endangered species by IUCN (International Union for Conservation of Nature and Natural Resources) and it is found in Bengal region of India, Bangladesh, Nepal and Bhutan. The total population of Bengal Tigers is estimated to be around 2500, and that really puts them on the brink of extinction.

Physical Characteristics of the Bengal Tiger

How Bengal Tigers live in the wild

Tigers are loners, quite like the cat. They live their lives alone and meet only during the mating time. Male tigers establish their areas. In these areas, they seldom allow other males. When an opportunity presents itself, they try to mate with the female tigers of their own region. A region is defined by the availability of food, shelter, and other female tigers. Baby tigers (called the cubs)are brought up exclusively by their mothers with absolutely no help from the father. When the cubs are about six months old, they start assisting their mothers in hunting. This is how they learn to fend for themselves. Around the age of two, tigers de-link from their mother and move away to establish their own territories/rear their own young.

The Tiger is a carnivore that finds its food by hunting other animals like deer, wild boar, buffalo, monkeys, hare, and fowl. As the growing human population encroaches upon the forests, tigers are forced to find their food by attacking and killing domestic animals.They hunt by stealth; they approach their prey quietly and their powerful jaws take care of the rest. Once the prey is killed, they drag it to a safer place and then feed on it at leisure.

Poaching of Tigers & Steps taken by Indian Government to Save Them

Bengal tiger has been a constant target of poachers because of huge demand of tiger skin and its bones, especially from China where tiger bones are used as an ingredient in several traditional medicines. Due to the twin reasons of illegal poaching and shrinking habitats, tiger-numbers have dwindled drastically. The Indian Government has started several initiatives to save the bengal tiger from becoming extinct. In early 2000, Indian government set up eight new tiger reserves. In order to increase focus on the Project Tiger, in 2005, the Indian government also set up  the National Tiger Conservation Authority to save the tigers from poachers.

Save The Tigers Now

Save Tigers Now is a global campaign by World Wildlife Fund and Leonardo DiCaprio. It’s goal is to build political, financial and public support to double the number of wild tigers by 2022, which is the next “Year of the Tiger”.

Save the Tiger Fund (STF) and Panthera Partnership

STF and Panthera have joined hands to save the tigers in wild. According to their site
“The Save the Tiger Fund-Panthera partnership unites two of the world’s most influential tiger conservation organizations, combining decades of experience and a track record of success in identifying conservation priorities, utilizing best practices, and implementing proven strategies to address the many challenges facing wild tigers today.”

← Portrait of the Super-awesome Pup – The Pet Portrait Artist gets the Commission of her Dreams.
A Pen and Ink Portrait from a Photograph. →